Faculty of Education and Arts

Faculty of Education and Arts

In the name of God, and prayers and peace be upon His Messenger, our prophet Muhammad, his family, and companions.

Education received significant attention from the Custodian of the Two Holy Mosques, The late King Abdullah bin Abdulaziz. The establishment of the Teachers Faculty in Arar coincided with the demand for higher education in the region. It came as a natural result of the development of education in the Kingdom. The Teachers Faculty was established in 1408/1409 AH. It was under the umbrella of the Ministry of Education until 1428 AH. Since then, it has taken upon itself building, and graduating generations of competent educators in various scientific disciplines, who carried the torch to teach students of different stages from primary to secondary education, some of whom resumed their higher studies and obtained their doctorate and are now faculty members in this faculty and others and some have become educational leaders. The faculty has contributed to the Saudization of education in the region and jumped from 5% to nearly 100%. Saeed bin Almosayab Middle School in Al-Masadeya neighborhood in Arar was a temporary headquarters, as the faculty buildings have not been completed yet. In its first year, the faculty had 9 Faculty members and (120) students. These numbers increased yearly, extending classes from 8 AM until 12 PM. The classrooms of King Fahd High School were used temporarily.

With the demand increase for the faculty, temporary buildings became insufficient; our government's rapid response and generous support came by constructing a campus on the International Road at the beginning of the second semester of 1415 AH. From that moment on, significant developments accompanied every passing year of the faculty. In the year 1428 AH, the faculty was subjoined to the branch of King Abdulaziz University in the region with new majors that included Special Education, Islamic Studies, Arabic Language, Languages, and Translation.

​The Teachers Faculty and Girls Faculty s subjoined the university administratively, financially, and academically; they were administratively reconstructed after the letter of His Excellency the Minister of Higher Education No. 576\A on 3/23/1428 AH, upon the High Order No.3030\M B on 23/3/1428 approving the Higher Education Council Resolution No. (6/45/1428 AH) taken in its forty-fifth session on 1/1/1428 AH. 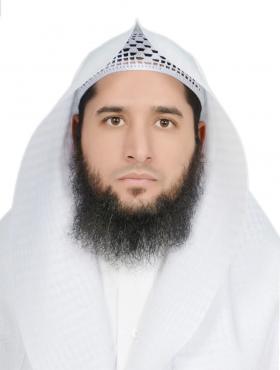 ​​​Achieving excellence and leadership, educationally and academically, according to an approach that combines our religious constants and contemporary developments.​​​

The faculty seeks to prepare and qualify national cadres educationally, academically, and professionally to serve the community and meet the needs of the labor market by following quality standards.​​

The faculty admission requirements are subject to the general conditions set by the university.